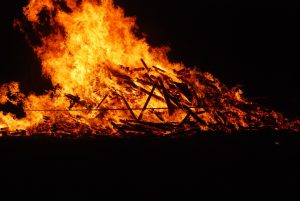 Atal Bihari Vajpayee led Union Cabinet in the year 2000 passed a resolution that no more samadhis would be made for departed leaders, and also no government bungalow would be converted into memorials. Central government thereafter decided to develop a permanent cremation platform for dignitaries entitled for state cremation. Government of India shall construct a pyre-platform of Atal Bihari Vajpayee into a raised one, named after Atal Bihari Vajpayee, so that his passed resolution may be respected and extra-ordinary privileged honour may be given to Atal ji by naming the pyre-platform after him like was done by naming VVIP pyre-platform used for cremation of Pandit Deendayal Upadhyaya at Ngambodh Ghat at Delhi after Pandit Deendayal Upadhyaya.

Government of India rightly honoured the protocol framed during the regime of Atal Bihari Vajpayee by declaring just half-day holiday for central government rather than a full-day holiday. However, Delhi government rightly gave him due honour by declaring a full-day holiday at state-level in offices and schools with trade-associations of the capital coming forward for closure of markets in the capital city on 17.08.2018 as mark of respect to undisputed political star of the country.

Indian varsities soon to be at par with Ivy league