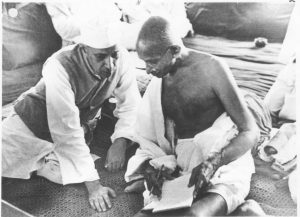 It refers to Dalai Lama on 08.08.2018 at Sakhali – Goa, making surprise revelations about role of Nehru and Gandhi on partition of pre-independence India. Dalai Lama was at time of independence of India was a little child that too in far away in Tibet, never knowing that one day he will be taking shelter in India and will become an international figure to comment on such issue.

However it is a common knowledge that both Gandhi and Nehru were amongst those responsible for partition of the country, in the interest of Nehru. Real fact is that election of deserving Sardar Patel as first Prime Minister of India was vetoed despite Nehru not getting a single vote by the authorised committee for the purpose. Almost all members of electing body voted in favour of Sardar Patel except one who voted for Achgarya Kriplani as per reports on social media. However it remains a big surprise why present BJP government at the centre continues political worship of Gandhi rather than replacing his monopolised photos on currency notes by those of great freedom-fighters like Lala Lajpat Rai, Netaji Subhash Chandra Bose, Bhagatsingh, Sukhdev, Rajguru, Udham Singh, Ashfaqulla Khan and others.

Daan Utsav by Treasures of Innocence