Most Indian weddings go beyond the affordable financial means of the ones spending on them. In almost all cases, the purpose of this lavishness is to establish or retain better social images of the people involved. The sentiment behind this could also be that marriages are made in heaven, so why make the event of wedding any less heavenly on earth? While the wedding events in India keep becoming fatter, the irony is that there had been significant growth in the number of divorces, separations and near-divorce situations among young couples in the past few years.

This reality is yet to open the eyes of many of the marrying couples, their parents, siblings and close relatives and also of the matchmakers including marriage brokers, astrologers, and matchmaking websites. For a large number of them, marriage seems to be just an event to be organized with all possible (and at times even impossible) pomp and show. What happens to the couple during the process of settling down in marriage does not seem to be of much consequence to them. As an intern, I had some opportunities to deal with people involved in the divorces of young couples. A lot of them stemmed out of the badly handled initial days of matrimony. Even though I do not believe those reasons leading to divorces, separations, and near-divorce situations are the same in all cases, I do believe that there have been a lot of similarities in their stories, some of which are as under:

There can be many other reasons contributing to the divorces of young couples in India. Whatever the reasons may be the fact remains that generating necessary awareness on all significant aspects of marriage and married life in the minds of the couples, their parents and family members can go a long way in curbing the growth in the number of divorces of the young in India. Such an awareness-generation can be through premarital counseling of the girl and the boy and family counseling for their close family members by qualified, trained and experienced counseling psychologists. These will help in marital stability, especially pertaining to the newly married young couples.

Alas, it is unlikely that a society which prefers to spend a lot on big fat weddings, predictions by famous astrologers and special blessings to the couple from well-marketed god-men, will seek guidance from mind-care professionals, because to them, marriages are made in heaven and anything going right or wrong with them is because of fate, fait accompli! 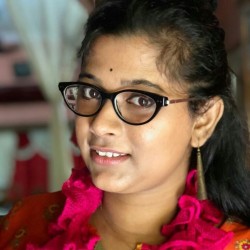 H.I.A.M.C.R. with their selfless journey……