By most estimates, the population of India is projected to reach 1.64 billion by 2020. To meet the growing demands of such a significant population, food production will have to expand by 70%.

As a consequence, it is becoming undeniable that radical changes in the agriculture sector are vital to guarantee that our food system is prepared to handle the challenges of a rapidly growing population.

Food systems are at crossroads; as a result of which a substantial shift in the production system is required.  We ought to transition our agriculture away from the archaic industrial food system that has governed food production for millennia, toward sustainable farming.

Hence, in the big scheme of things, switching from current industrial food systems to sustainable agriculture could be quite lucrative.

Sustainable agriculture is important for lowering greenhouse gas emissions and safeguarding energy and water. It provides resilience for a planet increasingly confronting the vagaries of climate change since it focuses on cultivating a diversity of crops rather than single breed crops whilst also ensuring that the soils are robust to provide the necessary nutrients.

Nevertheless, the merits of sustainable agriculture are not merely confined to the aforesaid. Sustainable farming would not only serve to protect our planet’s resources, but would also contribute to protect and sustain the livelihoods of thousands of people.

India, like the majority of emerging countries, is still predominantly an agrarian country. Agriculture provides a living for more than 60% of the inhabitants.

Despite being a generational vocation, farmers are struggling to make a livelihood for their family as a result of social, economic, and environmental changes. On many occasions, increasing debt and falling profits have driven farmers  to make desperate decisions, such as selling their land for less than market value or even ending their own lives.

One of the primary issues is a lack of understanding about farming. Farmers sometimes seek shelter in their own intuition and hearsay from their acquaintances, which can lead to a downward spiral of bad decision-making.

Hence, it is critical to address this knowledge gap. Many organizations are trying to extend help. But, the scale of actual impact, however, is confounded by logistical and resource challenges.

The Green Foundation, a Bangalore based non- governmental organization is striving to bridge this gap.

Their efforts to empower India’s small and marginal farmers began in 1994 with a basic initiative to distribute indigenous seed types in and around Thalli, Tamil Nadu. This quickly grew into a thriving biodiversity conservation project that has been at the forefront of our work ever since.

The GREEN Foundation endeavours for a well-preserved, varied ecology that will support current rural lives without depleting finite resource reserves. The NGO promotes diverse and resilient production methods, such as mixed livestock, fish, crops, and agroforestry, in order to protect and improve biodiversity and the natural resource base.

The foundation capitalizes on natural social dynamics to amplify a single extension worker’s ability to evangelize agricultural practices.  Supplementarily, the organization is also assisting farmers and customers in transitioning to organic and also striving to create profitable rural businesses and producer institutions.

They deliver comprehensive training and capacity development in sustainable agriculture methods to reduce farmers’ reliance on costly inputs such as chemical fertilisers, herbicides, and so on.

Farmers that apply these sustainable techniques will use less nonrenewable energy, employ fewer chemicals, and save limited resources. When contemplating the growing population and need for food, keeping the land healthy and replenished may go a long way. 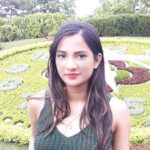 Anushri Satavlekar is an undergraduate student majoring in Journalism from Mumbai University. She has a deep drive to cover and report stories that really matter and a great passion for politics, public policy, the environment, and international development.