Tagore Research Institute is a voluntary organization that exclusively studies the life and works of Kobiguru Rabindranath Tagore, since 1965. The institute was founded by Somendranath Bose and formally it was only a music school named “Baitanik”, and the building was also named Rabindra Charcha Kendra.

The institute offers 2 years diploma course, with eight papers on Kobiguru. The specialty of this institute is that there are no age limits for joining the course. Many academicians and Tagore scholars have been associated with Tagore Research Institute. The institute has a very rich library – contains 7000+ books exclusively on Kobiguru, which consists of different books, periodicals of his time, and many rare manuscripts.

Tagore Research Institute has its own quarterly journal named Rabindra Bhavna, exclusively based on Tagore’s works. The institute has also published a special edition journal that is completely based on some renowned associates of Tagore like, Santoshchandra Majumdar, Nandalal Bose, among others. Apart from that, there are some issues of journals based on W. W. Pearson, Leonard Elmhirst, and others.

During the pandemic, Tagore Research Institute has conducted weekly webinars, where more than sixty people of all ages have joined from across the country. One of the prime researchers of the institute, Dr. Abhra Bose said, “there is no such special occasion we celebrate on a big count, but we appreciate each moment and enjoy every day dedicated to Kobiguru Rabindranath Tagore”. He also added, ”he not only inspires the eastern cultures but also is appreciated among the western cultures”. 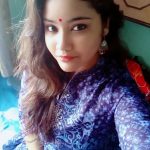 Hi there, here’s another geek you need to follow. I belong from Kolkata, Post graduated from HNBGU. So, here I will be working on the background of youth and culture. cheers!