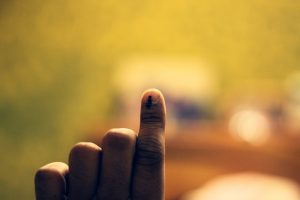 BJP president Amit Shah has given some practical ideas to Law Commission for initiating the process for simultaneous elections, at least for some state-assemblies, if not all, with forthcoming Lok Sabha elections due in the year 2019. Imposing President-rule in states where assembly-elections are till 2019-elections to Lok Sabha, is not difficult because three out of four states are BJP-ruled. State-assemblies where elections are due till December 2019, can be dissolved to pave way for simultaneous elections.

Since the idea is given by BJP president himself, all BJP-ruled state-assemblies can be dissolved on recommendations of Chief Ministers of BJP or their allies. For future, it can be legislated that terms of state-assemblies can be auto extended or reduced by upto say six months to hold simultaneous elections with Lok Sabha elections for ensuring any election simultaneously only once in a year.

But big question is of hypothetical situation of hung state-assemblies. In such cases, state-assemblies cannot remain suspended for five years. Only and best remedy is to elect Prime Minister and Chief Ministers simultaneously with Speakers and Deputy Speakers through secret and compulsory votes of all members through VVPAT equipped EVMs on nominations signed by at least 34-percent members to ensure direct election. Losing one in race of Chief Minister may be declared Opposition Leader. Members not participating in such elections may lose voting-right in the House though retaining membership. Arrangements may be made for votes of ailing members at place of treatment. Such elected persons may only be removed through no-confidence motions passed in the same manner but, with compulsion to name alternate leader in the same motion. Such process will eliminate possibilities of hung assemblies and unholy political bargains.