Bappa, from Purba Mednipur, has already earned rich recognition as a promissing Bengali film director at his 28 years of age. Bappa is known to have hard times struggling as a Film Director for many years. 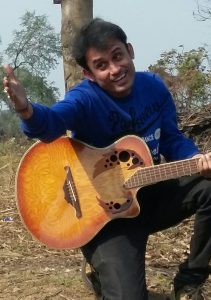 In the coming years, Bengali featured film “The Real Hero” is expected to release; with the lead characters cast by Bappa & Sonu. The Real Hero has action, comedy, romance.

In an exclusive interview to The Craze Venture, Bappa informed, “I am associate with Icon Entertainment. I have directed the film ‘Chooto Mukhe Boro Kotha’ and was cast as lead role in ‘I Love You 2”. “I have already received offers for two Hindi featured films,” Bappa added.