“HEALTH”! we all are rushing until till our nervous breakdown, just to secure it and safeguard it from all the external and internal damage. However, despite of this concern people has become so much reluctant while claiming that “there’s a pill for every ill”. This hyper materialistic mentality of individuals has made them so ignorant towards their own acts that even the small symptoms of common and cold today has turned to be the deadliest for them. The day is not very far when all old pandemics and plagues will once again return back where Covid-19 is just the beginning.

According to The Cigarette and Other Tobacco Products Act 2003 Smoking, chewing tobacco, and the usage of other abusive substance has become more and more trendy this days, despite of the fact that they have been banned in most of the places including Kolkata (Tobacco and Alcohol, The Social Threat 2018). The addiction of all these substances have reach to such an extent that it has turned people into cold blooded murders of self and others. However, the charges on this crime is negligible or rather say not considered because it’s the matter of personal concern rather than being a public concern. When a person fumes the public places or the areas with the smoke of cigarette despite of clear and bold instructions “Smoking is prohibited” or for that matter spit out red coloured tobacco on the street… Is it still the matter of personal concern? The official who are supposed to protect public and maintain equilibrium in the society are themselves found covered within the fumes of cigarette or often seen exchanging the packets of tobacco.

Mask! Another declared essential commodity for today’s generation to survive or rather has become a subject of harassment for some official to hit their daily targets. The issues here it not the mask but a question that often raises my curiosity…A person without mask is offendable but when a person blows the fumes of smoke on face of others or spit the tobacco on the street then its negligible. What kind of humanitarian act is this? 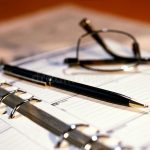 The World Covered with Intellectual Fumes