Covid-19 is a contagious disease spreading like a holocaust – the people are dying and the global economy has collapsed. The World has come to a standstill – no people’s interaction and a continuous series of lockdowns.

Coronavirus, a zoonotic disease, was first found in the bat. After two decades, it is the third time when the deadly virus has became active. In 2003 and 2012 severe Acute Respiratory Syndrome and Middle-east Respiratory Syndrome were detected, respectively. Currently, Bharat is in the second wave of Covid-19.

During the beginning of the pandemic, when all the industrial activities, transportation, and tourism were closed it seemed nature choose to open up. The air pollution level decreased dramatically. The quality of air has become better and, the sky found its sparrows. And, the lost fishes started showing up, and the flowers that were dying bloomed at their happiest.

Aerosols are the small particles in the air and the droplets which were suspended in the atmosphere have an adverse effect on health. However, the study of air quality during the Covid-19 was interesting. Satellite images report by NASA, between March 31, 2016 and April 5, 2020 show the Aerosol Optical Depth (AOD) was relatively very low or very little compared to the previous years. Also, European Space Agency said in a report, the Nitrogen dioxide level in the atmosphere has reduced 40%-50% relatively (January to April 2020). Nitrogen dioxide is produced due to the means of transportation, power plant, and industries. The particulate matter (PM2.5 and PM10) is also an indicator of air quality which has reduced with the above air quality indicator.

Not only the air but the river which we almost forgot the color of, finally could be seen blue. A report by CPCB said that the Ganges are now suitable for irrigation, fisheries, and wildlife. Ganga is gaining back its self-cleansing property by 40%-50% during the pandemic, due to the closure of industries. Where in the second place Yamuna is seen clearer and more bluish after a decade. Reports of Cauvery and its tributaries are seen unburdened from the wastes, following by Punjab’s Sutlej.

Hereby, the pandemic has taught the importance of mother Earth. Today, we are witnessing the heart-wrenching stories of common people, losing our doctors, their sacrifices, common people coming together to lend a helping hand, hoping for a ray of victory. But, the mother Earth after decades rejuvenate herself – the plants breathing, the fishes swimming, the wildlife living again and birds flying above in the sky. 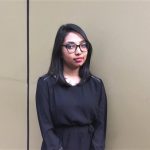