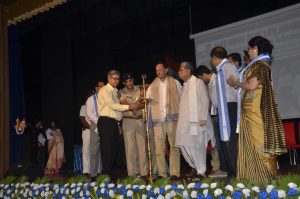 The students performed to the tunes of the theme ‘Safety on Roads’ thus inculcating good road culture and habit of using roads wisely by themselves and others.