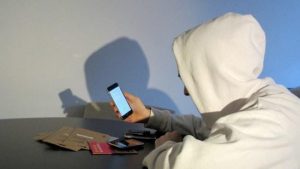 Most of us (especially women) have at some point in their lives been bothered by calls from strangers asking obscene questions or talking in an offensive way. These calls are recurrent and the person on the other end sounds as if they feel satisfied doing it.

Why do some people call and talk sexually to unknown women and men? Is this just an attempt at creating nuisance or a mental disorder?

It is actually a psychosexual disorder characterised by a recurrent, intense urge or fantasy to make obscene telephone calls. It is called Telephonicophilia or Telephone Scatology. A paraphilic condition in which sexuoerotic arousal and gratification are dependent upon talking about sexual or obscene matters over the telephone to an unknown listener.

Who can be calling?

The caller could be anyone – a teenager, a middle-aged person or a mentally disabled person. They may be a juvenile or a married father of two; someone with manic depression or schizophrenia; he may be intoxicated with alcohol or drugs; or an anxious, shy, lonely man afraid of rejection and unable to form a close personal relationship.

The callers are mostly attention seekers.

The Behaviour of the Person While Calling

Sometimes it is clear to the victim that the man on the phone may be intoxicated because of slurred speech, mild incoherence etc. Other callers are simply crude and utter profanities and obscenities. Some callers bluntly ask for sex.

Law against Telephone Scatologists in India:

In India, no particular law targets telephone scatology. However, under Section 507 of anonymous communication and Section 506 of punishment for criminal intimidation, whoever commits the offence of an anonymous communication and makes sexual remarks on phone may account to criminal intimidation hence violating the provision of the above-mentioned sections. As a consequence, he shall be punished with imprisonment of four years.

How to handle obscene phone calls:

• The key to handling these calls is not reacted to them. Reacting encourages the caller so the victim must hang up immediately.
• Keep track of the date and time of the calls, they can help identify possible suspects. Properly documenting such calls is an important way of eliminating the problem. This information allows Telecom department to begin tracing procedures. The call log sheet allows recording specific characteristics of each unwanted call received.
• To tell the caller that his calls are being traced is an effective technique to discourage the calls.

After tracing the caller, public safety officials and the police must be immediately informed. 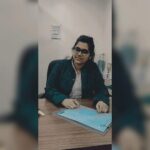 Consultant Psychologist, Speaker , Learning Developmental Coach, Teacher and trainer Miss. Sradhanjali Dasgupta has been extensively working in the field of Counselling and education for the past few years in several Clinics, Hospitals, NGOs and educational sectors. She also contributes her writings and blogs in various newspapers, magazines and e- magazines Her training and workshops are both for the corporate as well as for the educational sector and are geared up for learning and development,upgradation and capacity building. She have actively taken part in many debates.